Amila Gunawardana was a participant of the Australia Awards Short Course on Sustainable Tourism Development administered by Griffith University in 2018. With over 20 years of experience leading travel companies, Amila has now turned her dream of owning her own travel company into reality by establishing a partnership with an Australian-backed group of companies, launching Go Ceilão.

“Australia Awards gave me the courage to follow my passion of encouraging travel and tourism between Australia and Sri Lanka,” says Amila.

The Australia Awards Short Course helped Amila understand what Sri Lanka has to offer in terms of tourism and how best to sustain this potential for generations to come. The knowledge she gained from her experience in the travel industry has also helped Amila direct her time and energy into making her new venture a success.

Leveraging its partnership with an Australian-backed group of companies, Go Ceilão focuses on the Sri Lankan diaspora in Australia, encouraging leisure travel and sports tourism in Sri Lanka. The differentiating factor of the company is that they can tailor travel to meet any type of requirement requested by their client. For example, should the client wish to see Sri Lanka on a bicycle or a Tuk Tuk (a three-wheeler), the company can arrange it.

Go Ceilão recently organised Everesting in Sri Lanka, the first international cycling event to be held in Sri Lanka. “Everesting”, a concept developed by Australians, is a rapidly growing phenomenon in the cycling world in which cyclists choose a hill and ride repeatedly until they climb 8,848m (equivalent to the height of Mount Everest). This must be ridden in one single attempt—no sleeping until you’ve finished! “It is a simple concept, yet it is brutally hard,” says Amila. 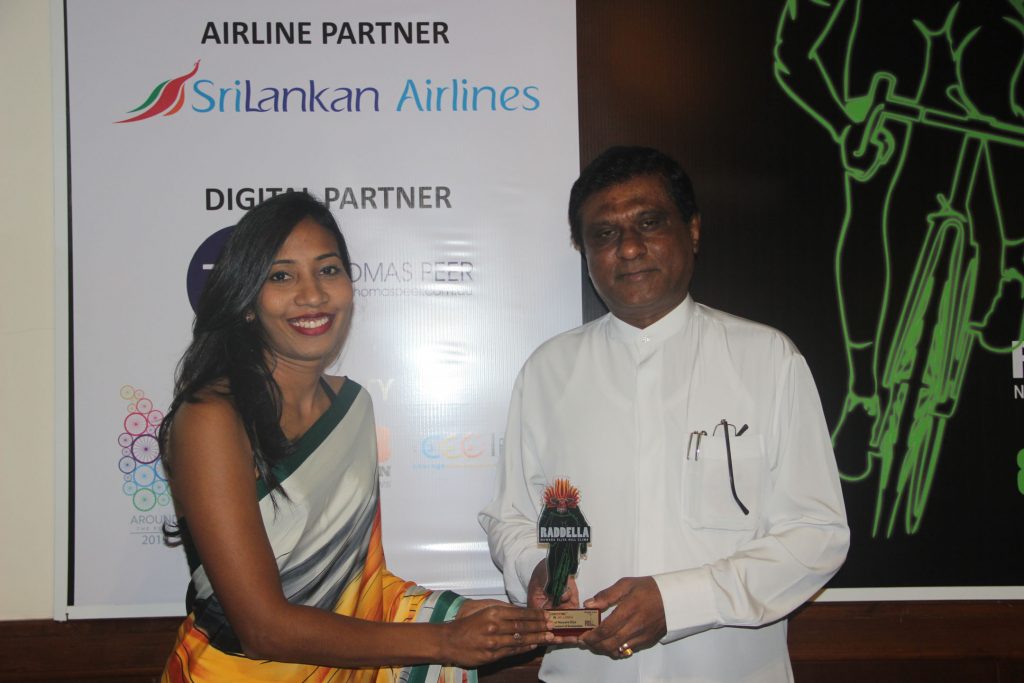 Amila Gunawardana, General Manager of Go Ceilão presenting memorabilia to the Mayor of Nuwara Eliya Chandana Lal Karunaratne at the launch of Everesting in Sri Lanka 2019.

Through the success of the event held in April 2019, Amila has been able to build relationships with Tourism Malaysia and, through an established partnership, will take the event to Malaysia next year.

Amila also plans to implement a community-based tourism project in Batticaloa, Sri Lanka, drawing on her learnings from the Short Course. The proposed project involves helping develop Batticaloa as a tourist destination, focusing on site visits and tourism-based activities. The project will also look at involving the community, including community development initiatives and training opportunities, which will in turn help improve livelihoods and generate income.

As a starting point for the project, Amila completed an evaluation for Sevalanka Foundation, reviewing tourist activity opportunities. The second stage, involving the development of how the activities should take place and training for communities, is now being planned and designed.

After the conclusion of her Short Course, Amila had the opportunity to meet Louise Burrows, an Australian representative track cyclist and now rugby player. Louise is currently playing for the Canberra Royals rugby team in their domestic competition. Amila introduced her to the Ceylon Rugby & Football Club in Sri Lanka, where Louise met the rugby players and was able to share her journey and her knowledge. 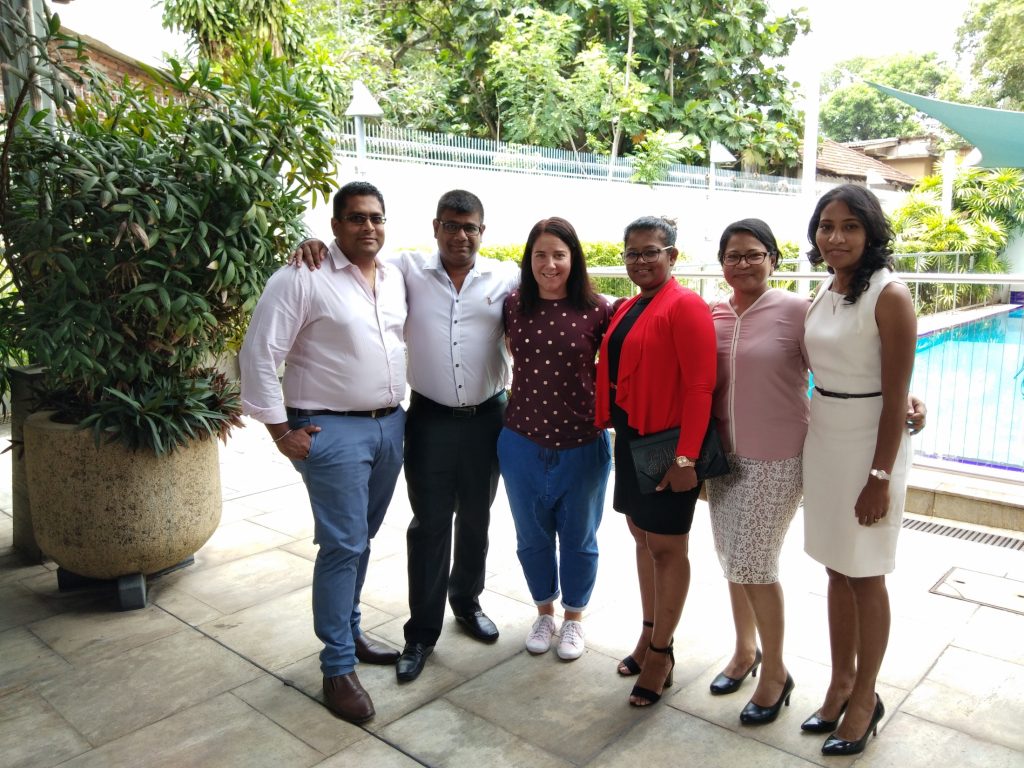 In addition to her other work, Amila is also working on the possibility of developing a public transport system for women and children in Sri Lanka. She hopes to employ women and give them the required training on how to drive a bus, basic first aid and good customer service. The women would also receive a uniform. This project would start in Colombo and eventually expand to other parts of the island. Discussions have already taken place with the Sri Lanka Transport Board regarding leasing buses, route approvals and permits.

As a woman who has been through many challenges herself, Amila intends to empower women in Sri Lanka to improve their lives and those of their families.

Speaking of her time in Australia, Amila notes that there were a few things that really struck her: gender equality was one of these, while another was the cohesiveness of the public and private sectors in the Queensland Tourism Industry Council. The latter was a perfect example of the two sectors working together to promote tourism.

“Through the knowledge I gained in Australia by participating in the Short Course, I now have the confidence and inspiration to design and introduce new initiatives to improve Sri Lanka’s tourism sector,” says Amila.