Malaka Perera is currently completing a Master of Education at Flinders University with the support of an Australia Awards Scholarship. He is looking forward to returning home to Sri Lanka and making a difference in the Education sector of his country, armed with the knowledge gained through his forthcoming degree.

“There is an unequal distribution of resources in Sri Lanka’s education system, especially among urban and rural schools, and I believe this can be minimised through the use of modern technology,” Malaka says.

The connections that Malaka has made while in Australia have given him access to valuable information and advantages, both professionally and personally. He believes these new connections will open up collaboration opportunities in the future.

Talking about the connections he has made with his classmates – including Australia Awards scholars – Malaka says, “We are all working in the same field: Education. If we have any issues [in Sri Lanka], we can see what kind of remedial measures others have taken, apply it to our system and get the problem solved.” 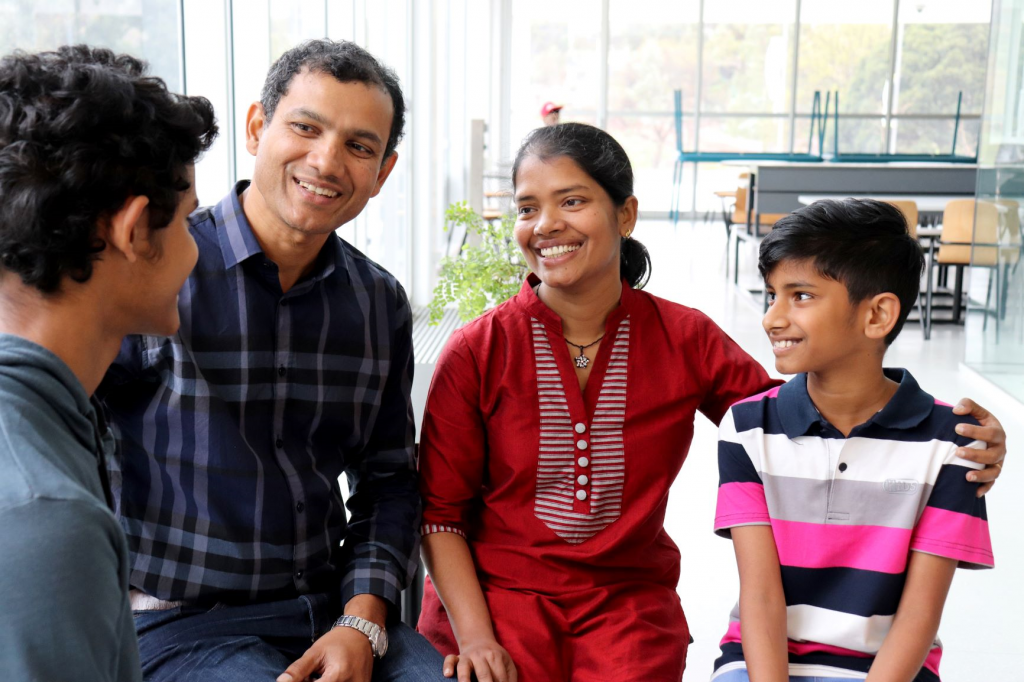 Scholar Malaka Perera from Sri Lanka with his wife and children

Sri Lanka ranks strongly on several gender equality indices in comparison to other countries in the region. However, remaining inequalities between men and women affect many aspects of women’s lives.

Leading up to his attendance at the Scholars Forum, Malaka mentioned that he hoped to be able to “share knowledge on gender issues in the region and discuss them in-depth to find solutions in a broader context”. He also said that the Forum would help him “identify some best practices in the implementation of gender equality initiatives” to allow him to “better understand, clarify assumptions, experiment, and come out with new skills and ideas.”

Malaka believes that education is the best tool to influence society or a country in any aspect. Thus, the education system can be used to influence the mindset of students and teachers about gender.

At the Scholars Forum, scholars were encouraged to develop gender ‘pledges’—a personal commitment to achieving gender equality in their everyday life. Malaka pledged to “help all (his) teachers and principals to come forward and climb up the professional ladder irrespective of their gender.”

Before coming to Australia, Malaka was an Additional Director of Education in a rural area in Sri Lanka, where he oversaw the management of 94 primary and secondary schools. He is on the interview board of Sri Lanka’s Public Services Committee, which is the authorised body for recruiting and promoting government officials. Malaka is also a lead trainer for teachers and principals.

“My wife also loves to be here in Australia,” Malaka said. “As a family, we are living happily in Australia.”