Munazir Mohamed was keen to study in an English-speaking country because of the educational prowess to be gained. As a huge fan of cricket, he was also motivated to study in Australia so he could visit the world-famous Melbourne Cricket Ground! After hearing from an Australia Awards alumna about her experience, Munazir successfully applied for an Australia Awards Scholarship in 2013 to undertake a Master of Development Studies at the University of Melbourne.

What Munazir learned in Melbourne has ongoing relevance to his work in Sri Lanka. As Deputy Director of Planning for the Provincial Planning Secretariat of the Eastern Provincial Council—whose remit is to oversee capital budgeting—Munazir’s responsibility is to provide reliable and accurate advice to the provincial decision-makers.

In this role, Munazir regularly applies the knowledge and skills he gained from his Australian education. “Divisional investment plans, or rational distribution of resources, is something I learnt in Australia and am now trying to apply at work,” he says. “The balanced development approach is highly relevant in Sri Lanka, where the regional economic disparity is very high, which leads to acute income gaps between families. I believe that the benefits of development should be equitably shared to minimise the income gap. Otherwise, the country will be developed, but the gap will remain the same, leading to other social issues.”

Munazir believes it is important to introduce systems and to “let the systems speak” to improve services to the community. He has introduced a database for monitoring ongoing work in the province, as well as cost-effective monitoring mechanisms, such as visual reporting on the progress of construction work. This initiative has greatly minimised costs, expedited progress updates, and addressed practical project monitoring challenges such as lack of vehicles and personnel time to visit remote locations.

He has also taken measures to improve the transparency of government work in Eastern Province, including displaying approved development programs on the institutional website to share information more widely with the general public. His is also the first province to introduce ‘citizens budgeting’.

“With a citizens budgeting approach, we can present key public finance information to the general public,” Munazir says. “I believe this will make the public aware of the responsibilities of the Provincial Council and the weighting of available system and service deliveries. This will slowly help people to understand their entitlements and approach the relevant services, while compelling the government services to improve quality. We have already shared the citizens budget with the Finance Commission to allow other provinces to introduce our approach.” 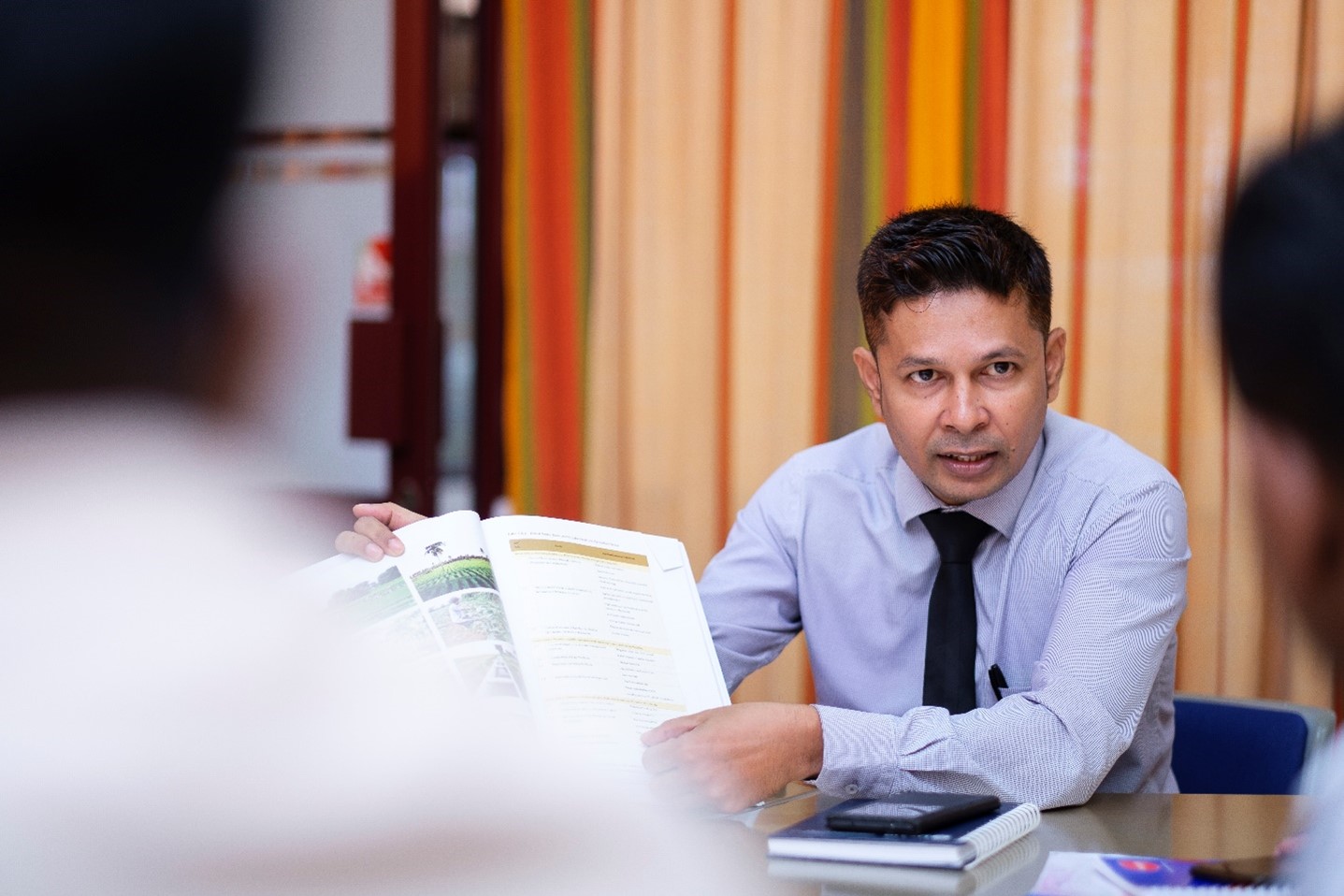 Munazir with colleagues at the Eastern Provincial Council

Munazir remains in touch with his University of Melbourne supervisors and has worked with one of his professors, Dr Bart Klem, to develop a resettlement plan for conflict-affected people in Trincomalee District. In addition to this collaboration, he has supported Dr Klem’s research work in Sri Lanka by providing him with a workspace. Munazir also maintains connections with fellow students he met during his time in Australia and has hosted some who have visited Sri Lanka.

Munazir credits his Australian studies with his gaining greater autonomy and trust at work. He believes that his work approach has made him a well-known and popular official in the Province—thanks partly to capabilities he gained from his Australian studies, such as improved soft skills, new ways of thinking and improved English language proficiency, and partly to his personality and broadminded attitude.

“Scholarships provided to less-developed countries are great opportunities to develop human resources,” Munazir says, commenting that as a public servant, his Master of Development Studies “has helped me understand development work from a civil society perspective and to ensure that I shape working relationships with the civil society appropriately”.

Munazir appreciates his Australia Awards experience and aspires to pay it forward through his actions. “I believe that I have a responsibility for all that I have gained from Australia free of charge,” he says. “In return, I need to do something to improve the conditions of this country. And so my ambition is to become the Chief Secretary of the province one day, so that I can bring about positive change.”